Eating All The Food

Or, The Great Brisbane Vegustation

I spent the last 5 days in Brisbane for a conference. My time in Brisbane began on Tuesday morning, catching up with a friend from undergrad, with a samosa and a rhubarb-apple crumble from Vege Rama in Myer Centre. It was much, much better than the conference food. But the obvious highlight of the trip was Saturday, which I spent with Susan, eating for about 8 solid hours.

Susan, clearly a woman after my own heart, is a planner - and had a rough itinerary of the best way to get the best of Brisbane's vegan offerings. Plus looking at pretty dresses and shoes. Here is allll the food we ate...

The day started at West End Markets, where we beelined to the ykillamoocow stall for vegan dagwood dogs. 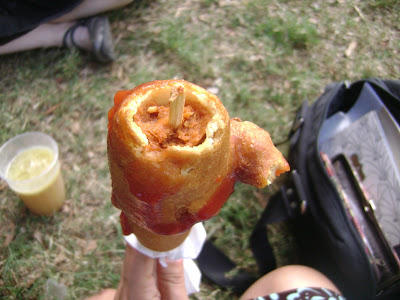 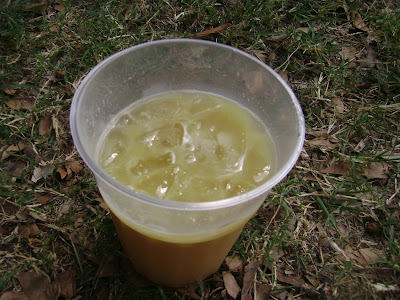 We had a little walk along the Brisbane River before heading to Paddington, where Green Edge is located. Green Edge is a vegan grocery store cross cafe. We met up with Amy for lunch (for her) and lemon cheesecake (for us). 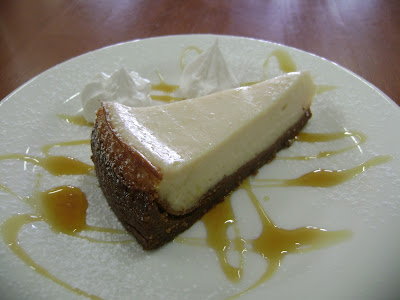 And milkshakes. Unfortunately they were out of cookies, so my first choice Cookies&Cream milkshake was changed to chocolate, but I can't really complain because it was delicious. 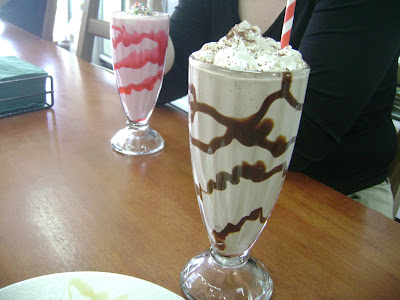 From Green Edge, we went to Fortitude Valley and dropped in to Kuan Yin Tea House. This is where we overdid it a little. The real reason for being there was for Taro Milk Bubble Tea. 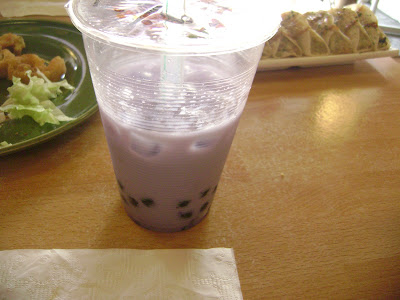 But since we were there we also got some Spicy Calamari. 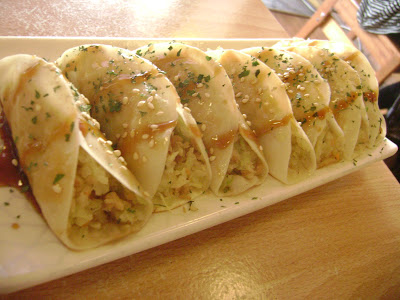 We couldn't actually finish the dumplings because we were both starting to feel a little bit sick. But I took them away in a container and ate them later on, in the airport! The culprit was, most likely, the tapioca bubbles, though several versions of fried food certainly didn't help. So we walked through some shops in the Valley, clutching our food babies as we looked at Melissa shoes and tried on gorgeous dresses (a size bigger than usual, perhaps?).

We must have successfully walked off that feeling of I'm going to die if I eat another bite because we stopped at 5 Dogs and ordered a vegan hot dog to share, with saurkraut, vegan cheese, ketchup and mustard. This we took to New Farm Park where we ate overlooking the river, and about 5 different couples posing for wedding photos. 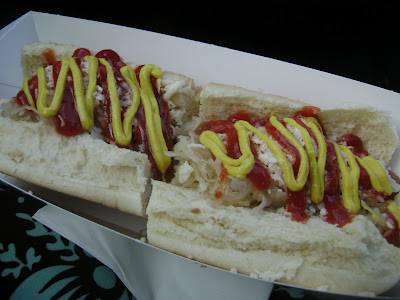 After sitting and digesting for a bit longer, we made our way to Loving Hut in Mt Gravatt. This was my first time at any Loving Hut, so it was pretty exciting to watch the Supreme Master talk about how she tried to save the people who used to live on Venus from destroying their planet. (Alas, she was unsuccessful.) Susan recommended three of her favourite dishes on the menu, but I decided to go with the Garlic Butter Cutlets, because I felt like European food, and she said a lot of people rave about them. We both ordered them, and were both pretty disappointed. They were salty, and oily (which shouldn't have been a surprise, really), but at least they came with a big pile of veggies and couscous.

After 5 courses, I left Brisbane feeling fully satisfied, happy to have made up for a few hungry days of conferencing. In hindsight, less fried food and less mock meat may have enabled us to eat much more, but I think we put in a pretty good effort!

The food didn't stop in Brisbane, though - I stocked up on a few things at the Green Edge.
Email ThisBlogThis!Share to TwitterShare to FacebookShare to Pinterest
Posted by Theresa at 11:15 14 comments

The start of spring, in Australia, is the 1st of September, and it has definitely warmed up here in Townsville. We still have the blankets on the bed, but when I walk the dog very early in the morning the sun is up, and I don't need a jumper anymore. The warm weather has meant a few different things. 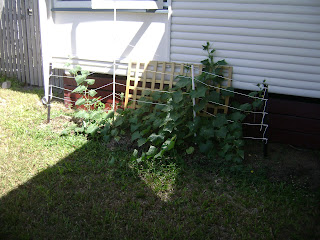 Bucket loads of cherry tomatoes. We didn't plant the cherry tomatoes in our garden - they just came up, all over. We get big bowls full a few times each week. 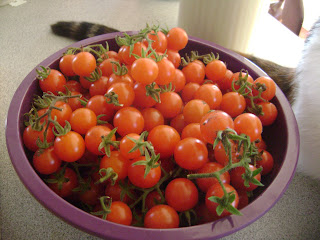 Last week Andy gave Tika some cherry tomatoes to see if she would like them. She did, and he thought that was awesome. The next morning I saw Tika eating them straight off the bush. Upon realising that he has competition for his tomatoes, Andy doesn't think it's so awesome anymore.


We got a BBQ, which is fantastic not just because BBQed food is yummy, but because BBQ dinner is quick and easy and doesn't make a big mess.

I grew soy beans over the winter, knowing full well they are a cool climate crop and they might not do much. But I knew they would fix nitrogen in the soil even if they didn't produce beans, so they were worthwhile. 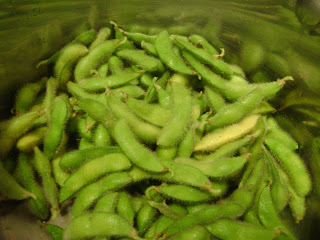 And they did produce a tiny crop. 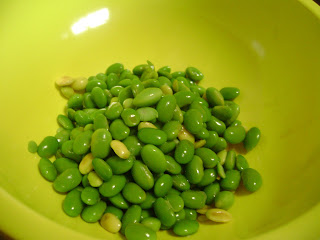 We also got solar panels. On a good day we get 24kilowatts per day, and if it's a bit cloudy more like 20, which is 2-3x what we use each day, so we're pretty smug about things. 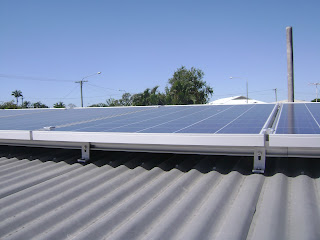 Also, our patio is getting lovelier and lovelier, with the BBQ and the fairy lights, and a quickly growing passionfruit for shade. 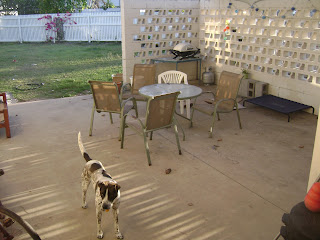 Email ThisBlogThis!Share to TwitterShare to FacebookShare to Pinterest
Posted by Theresa at 21:20 11 comments

I have a pile of posts in my head, waiting to be written. I have photos from months ago to go with those posts. But, I have a full time job, and it's a lot more work than I ever expected. So the posts remain in my head, at least until I get better at time management. But I can manage this quick post, about a really yummy dinner I just ate.

This afternoon, we came home from work and went out to the garden and came back inside with this big bowl of tomatoes. 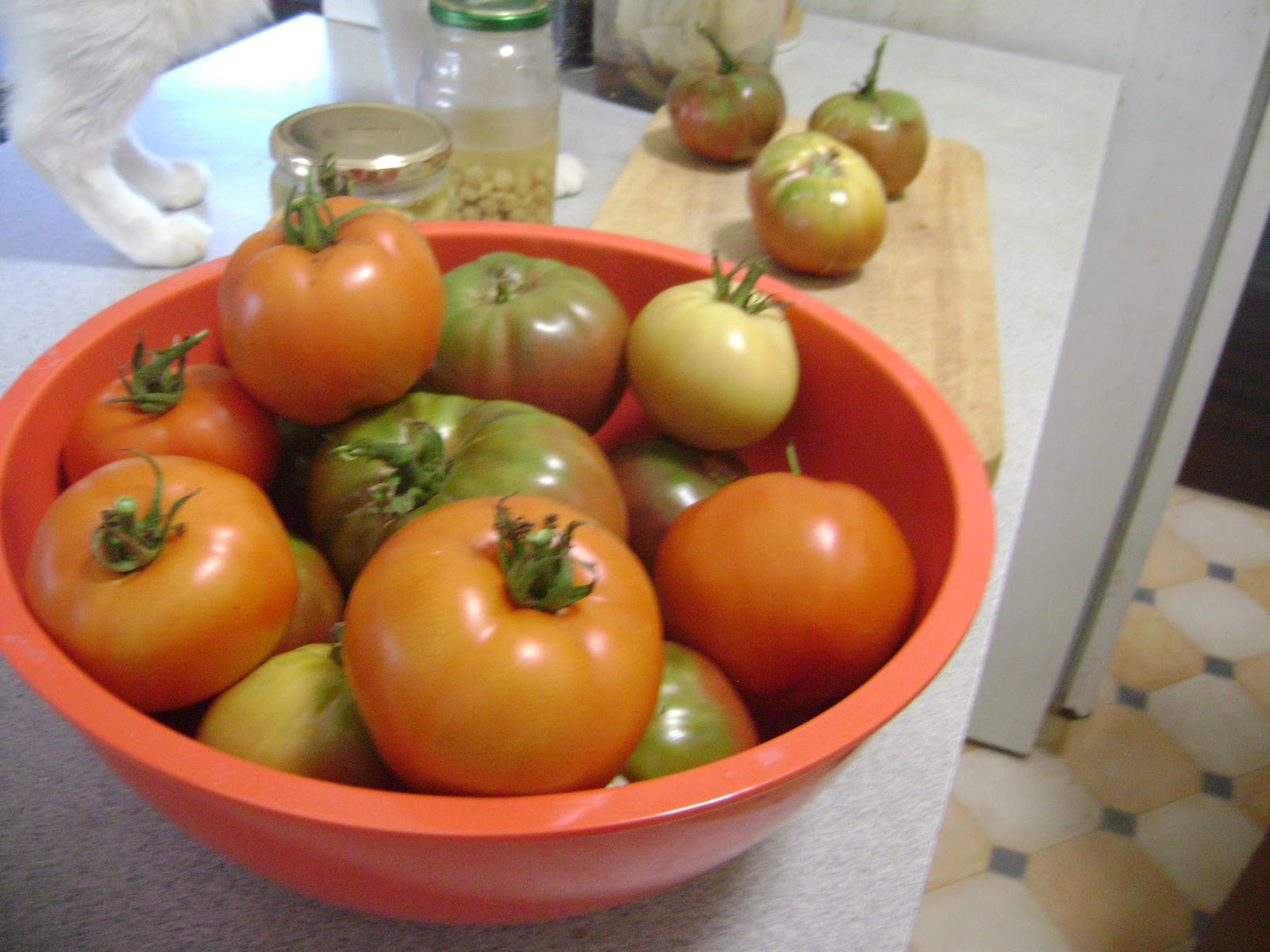 Then I went out again, and picked this smaller, but still big, bowl of cherry tomatoes. 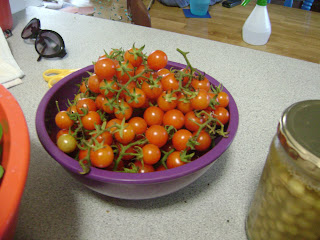 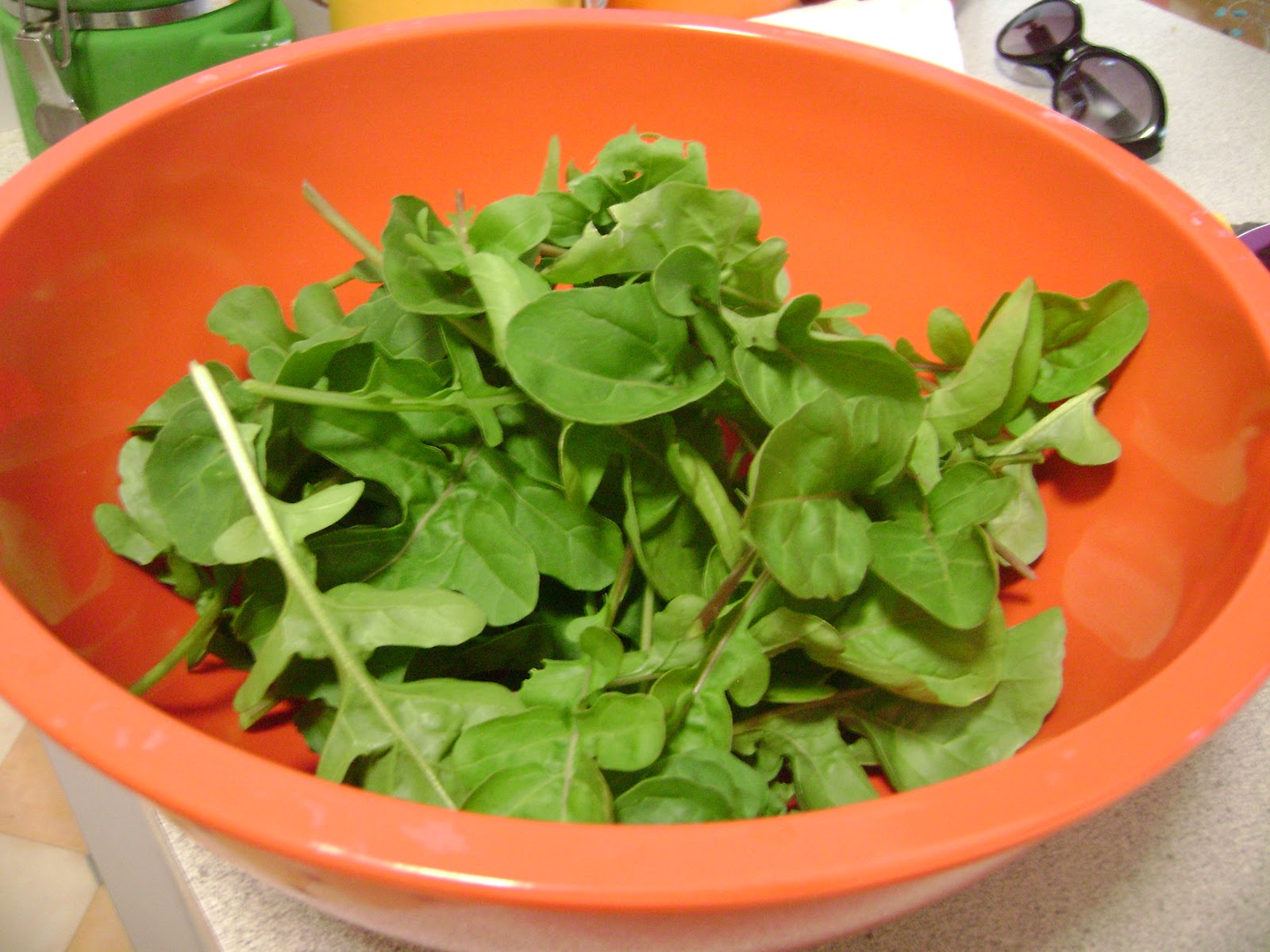 We decided to cook them all up (not all the big tomatoes, but all the rest of everything) into a super fresh, very tasty pasta sauce. I grabbed a few sprigs of oregano from the garden, and some garlic, and cooked it all together with some olive oil, and salt & pepper. Tossed through pasta, it was a quick and delicious dinner. 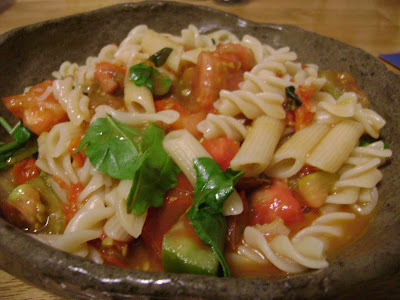 Finished off with a bit of coffee & chocolate swirl coconut milk ice cream, what else could a weekday dinner want? 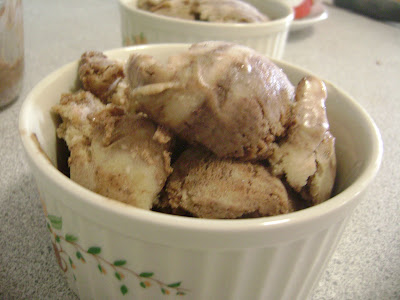 Email ThisBlogThis!Share to TwitterShare to FacebookShare to Pinterest
Posted by Theresa at 20:07 8 comments

Labels: garden, pasta, vegetables
Newer Posts Older Posts Home
Subscribe to: Posts (Atom)
“The animals of the world exist for their own reasons. They were not made for humans any more than black people were made for white, or women created for men.”