After two days in Beijing, I moved on to Hong Kong, where I attended a conference for work. I've been to Hong Kong before, and it remains one of my favourite cities. 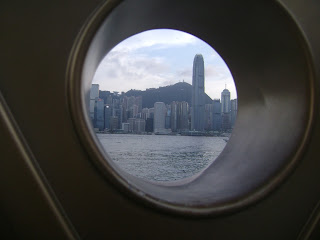 It is so well organised, easy to get around, interesting, beautiful, and friendly. Unfortunately, I had a cold, and tried my hardest to overcome it by staying in on the first evening and taking it easy.

Because we were at the conference, and were fed quite excessively at lunch time, our eating schedules were a bit funny and we didn't end up eating out all that often. And I took zero photos of food. But we did get to see a bit. Like the giant rubber ducky floating in the harbour! 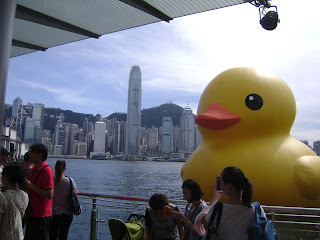 After two days of conference in HK, we got on coaches and headed to Guangzhou for another half-day of conference. Again, we were fed a LOT as part of the conference.
We had Saturday to look around Guangzhou before heading home. Because we don't speak or understand Chinese, and we hadn't really prepared well for our trip, we asked locals at the conference what we should do. Everyone answered "shopping!" And so we did. It was a little overwhelming, to be honest, because I'm not much of a shopper (nor is my travel companion, I think). But Guangzhou was pretty! It seemed more affluent than Beijing, was easier to get around, and the air was so much clearer!

We coached back to Hong Kong for a last night. Our flight wasn't until 9pm, so on Sunday we popped over to Macau for a few hours. It was hot. And glitzy. And we wanted to walk around and see a bit, so we had a look at a map and worked out a route that looked interesting. 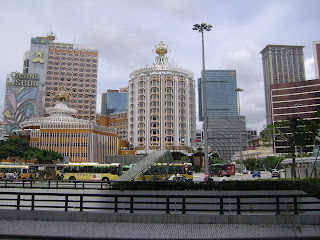 And it was, at first, but in a "Who lives like this?" sort of way. It was like Asian Las Vegas (having never been to Las Vegas). 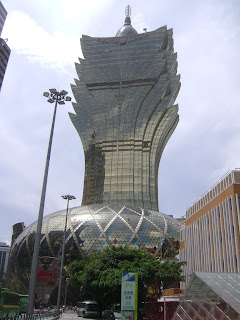 But then we came to a beautiful tiled square. 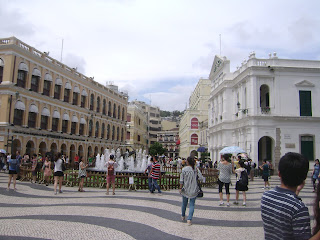 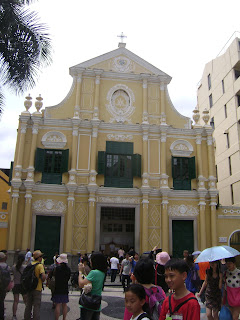 And we followed the beautiful tiled streets... 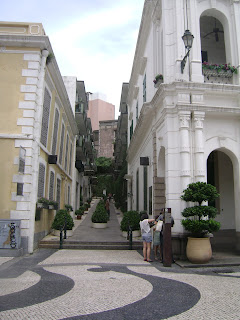 ... until we found Macau's prime attraction, the ruins of St Paul's Cathedral. 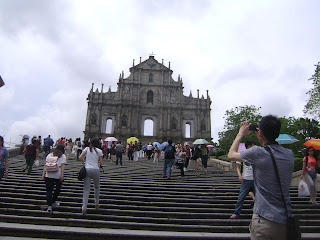 It was crowded, and hot, so we got sorbet which was wonderful. Then we got the ferry back, had a shower, and went to the airport. 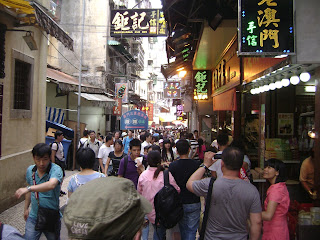 It's good to be home, even though I went straight back into crazy work mode! Visiting Hong Kong again made me want to take a proper holiday there in the future, spend a bit more time, and see some of the parts I haven't seen yet.
Email ThisBlogThis!Share to TwitterShare to FacebookShare to Pinterest
Posted by Theresa at 08:40 7 comments

The day after classes ended for the semester, I hopped on a plane, and then another plane, and one more plane, and then I was in Beijing. It was a work trip, and I was travelling with a friend / colleague. We arrived late at night, so went straight to our hotel, and in the morning set out to see some sights.

Tienanmen Square was our first destination. But it was all closed off for some massive VIP-only event involving people dressed in red, or yellow, or blue outfits, some on rollerskates, others with drums. The whole place was closed off, and the smog was pretty intense so we didn't even get a really great look at the square from across the (closed) road. 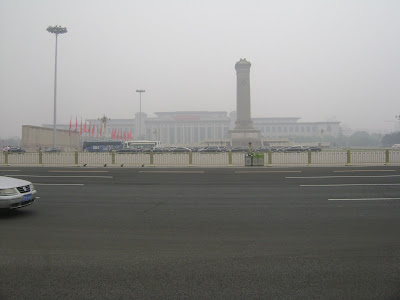 Zhongshan Park, just outside the Forbidden City, was a bit more rewarding. Cool trees and a break from traffic was what we needed. 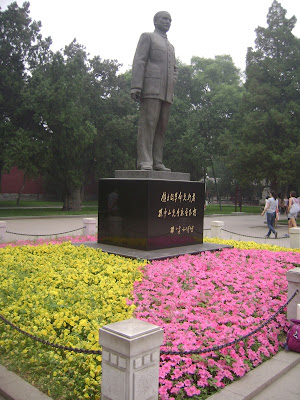 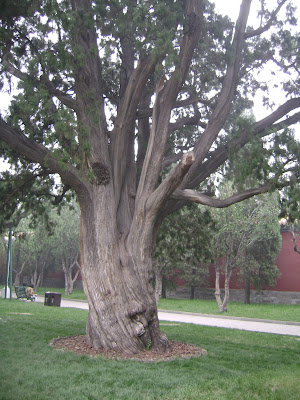 From there, we went to Beihai Park, which is located on the former site of Kublai Khan's palace. The day got smoggier, so the views were probably not as spectacular as they could have been, but it was still pretty amazing. Also, there was some kind of giant flash mob, or maybe choir practice, happening in part of the park, so we had nice music in the background as we looked around. 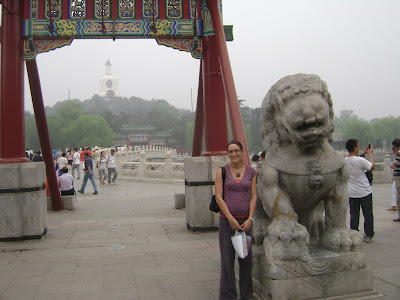 After a slightly harry attempt to get home, we made our way over to the apartment of more friends / colleagues. We all went out to 798 Art District, a very cool, former industrial zone that has been colonised by artists. I got edamame, and we drank some beers, and we looked at art from lots of different genres. 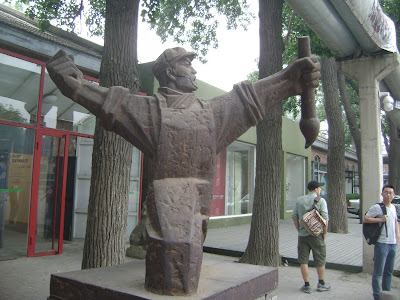 We had takeouts for dinner from a vegan place called Ginkgo Tree. The food was pretty good - we had mapo tofu, some sweet and sour mock fish, spicy vegan chicken, and stir fried bean sprouts. I didn't take any photos, because I was tired and hungry, but it was in takeaway containers so it didn't look that fancy anyways. 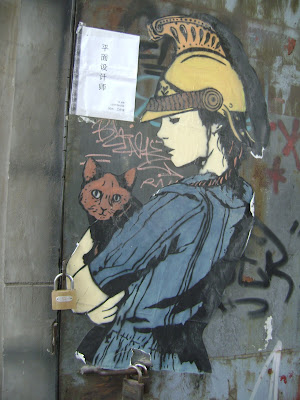 After the first 24 hours, when we'd tried to stick to cabs because people had told us the Beijing trains were cray-cray, we realised that cab drivers who don't speak english and don't know where our hotel is and drive like they want to die are actually much more terrifying than the trains. It was a much more pleasant journey after that - the trains are actually pretty easy to use. So if you ever find yourself in Beijing, take it from me - even though cabs are cheap as chips, the trains are easier and even cheaper (2 yuan per ride, or about 30 cents in AU$). 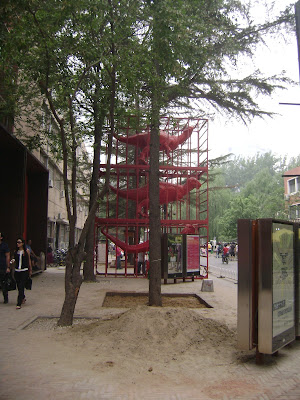 The next day we took an organised tour to the Great Wall, because, duh. The trip was a little bit tourist-trap, beginning at a jade "factory" and finishing at a silk "factory". But we went to the Ming Tombs, going down into the tomb of Emperor Ding Ling. 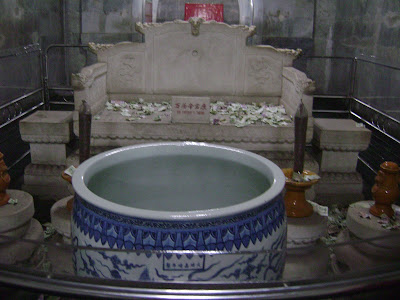 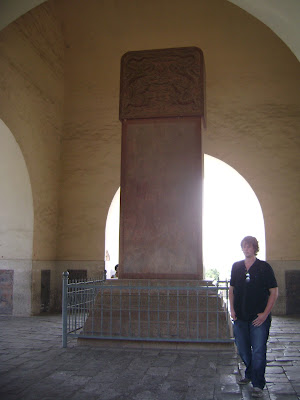 And then, we went to the Great Wall of China. It was pretty great, actually. 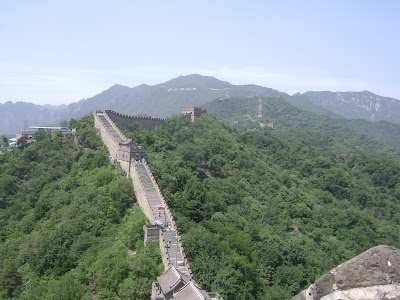 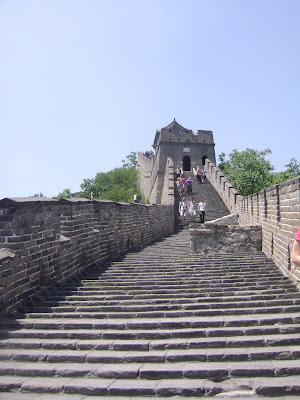 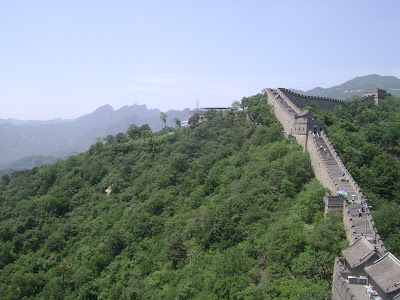 For dinner, we met up with my Beijing-based colleagues / friends at Sunao vegetarian tea house. This place was fancy pantsy. After we ordered, they brought out a smoky plate of melon. 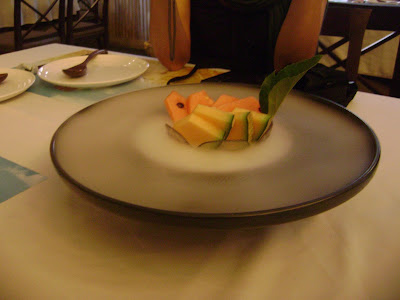 Then we ate plenty. Vegan chicken with walnuts - a nice, earthy twist on the usual cashew-based stir fries. 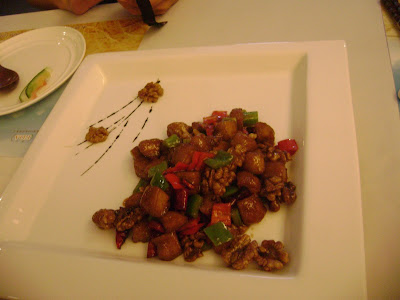 Deep fried eggplant with lemon-pine nut sauce. This was really delicious, with a sweet yet tart lemon sauce that had more depth, from the pine nuts, than usual lemon sauces. 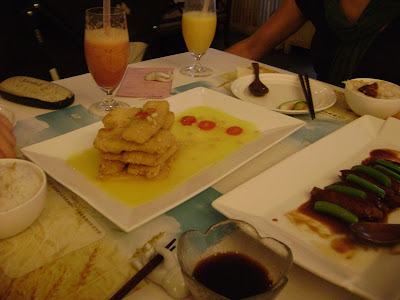 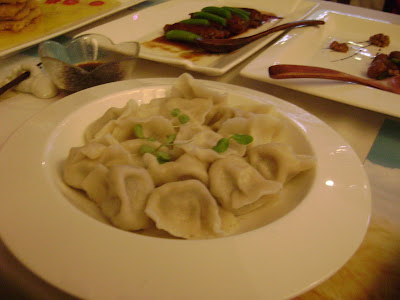 And maybe the best dish of the night was the vegan spare ribs. The sauce was sticky-sweet, and the spare ribs themselves were yummy and well proportioned. The stick in the middle was some kind of vegetable which I am fairly certain was lotus root. It had tiny, spider web-like strings that sometimes got stuck to my face, but it's all part of the experience, right?! 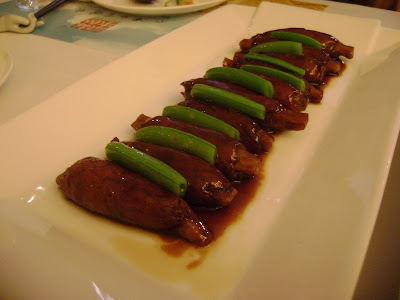 We also got dessert. The purple potato and blueberry dumplings were actually really starchy and not that great. 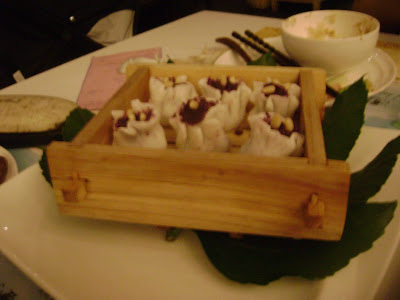 But the durian pastries were surprisingly good. Wrapped in flaky, hot pastry, durian loses its sewerage-stench and only the nice flavour makes it through. 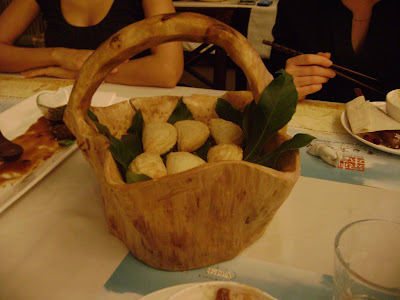 We left the next morning very early, to head on in to Hong Kong for the conference which was the real reason for our travel. I'll post about that soon! Beijing wasn't a city that I fell immediately in love with, but it was redeemed by the 798 district, and I think spending more time there would reveal some more of its good features.
Email ThisBlogThis!Share to TwitterShare to FacebookShare to Pinterest
Posted by Theresa at 17:26 9 comments

Labels: china, travel
Newer Posts Older Posts Home
Subscribe to: Posts (Atom)
“The animals of the world exist for their own reasons. They were not made for humans any more than black people were made for white, or women created for men.”