Last week I was very generously offered some backyard bananas by fellow Townsvillain Dee, of the blog Cycling Paradise. Of course I accepted, and quickly whipped up a batch of biscuits as payment. When she dropped them off, I was a little taken aback... 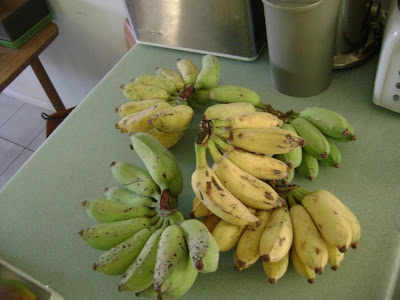 How on earth would I be able to use up 4 1/2 big bunches of lady finger bananas, especially given that Andy's away?

A week and a half later, I needn't have worried. I've eated a lot of bananas, in a variety of different forms. First, though, I peeled one whole bunch and put it straight into the freezer for later use. 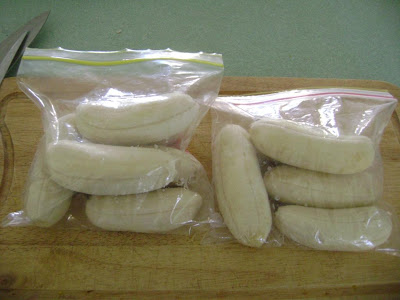 I've been having lots of sliced banana on my morning muesli. 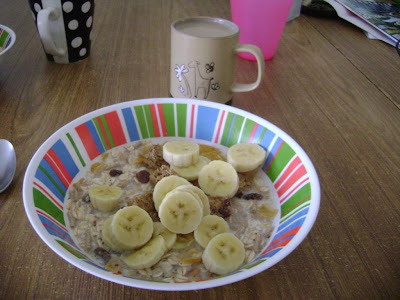 I had a banana split, with mango and crushed peanuts on vanilla soy ice cream. 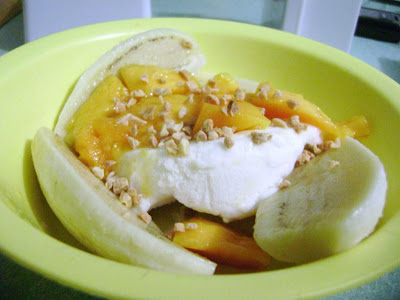 Sunday I spent a while baking, to replenish the freezer with post-bike ride snacks and morning tea food. First, spiced banana empanadas. The empanada dough recipe is from The Tropical Vegan Kitchen, but instead of using pumpkin for the filling as she suggests, I used mashed banana mixed with cinnamon and crystallised ginger. Something about these is a little bit funny, texture-wise, but overall I like them. 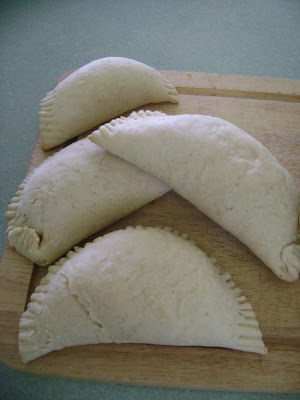 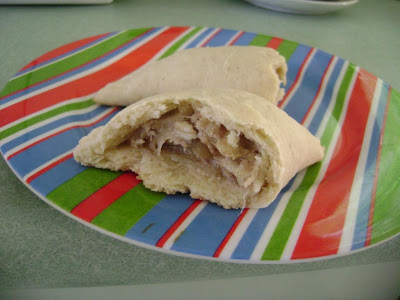 I also used up some ripe mangoes for Hawaiian Mango-Nut Bread, from The Tropical Vegan Kitchen. Mango, banana, dates, and I used sunflower seeds. This is really yummy, and nice and crunchy on the outside. 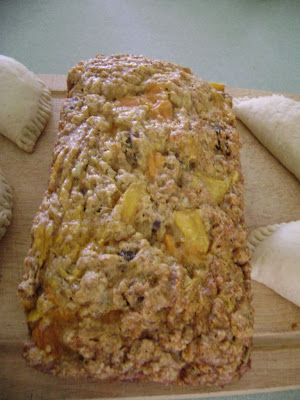 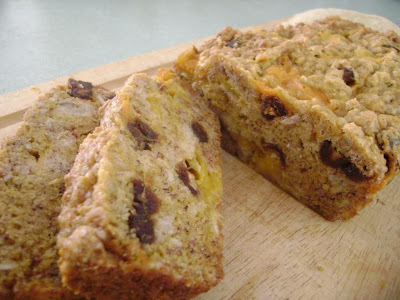 All of that got me down to about half... 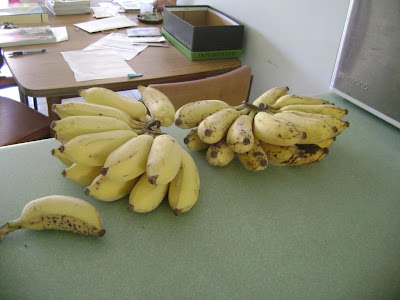 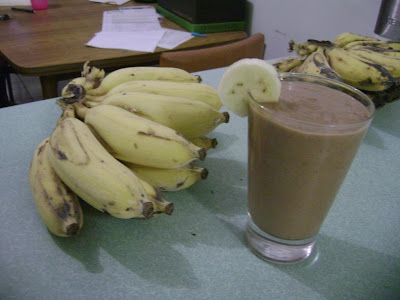 I couldn't let my wealth of bananas pass without venturing into experimental territory, though. I wanted a savoury dish that included bananas, and The Tropical Vegan Kitchen delivered for me. Indian Black Barley Pilaf with Bananas and Oranges, made with plain instead of black barley, and with the addition of spinach. This was an easy dish to make and really just involved dumping everything together and simmering before stirring the fruit in at the end. It was tasty, and the cinnamon and coriander of the dish was well-matched with the tangy orange and the sweet banana. 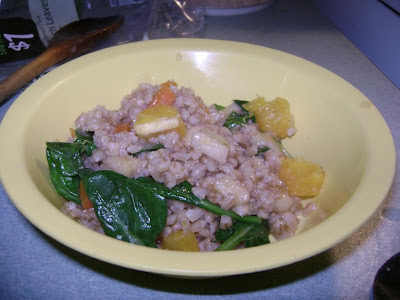 And just last night I made the "Banana Swirl Cheese Cake" from Vegan Planet. Except, I didn't bother with swirling, and the fact that there is no cream cheese in this recipe leads me to call it "Peanut Butter Banana Pie". This was very simple--make crust, blend tofu with banana, blend tofu with peanut butter, pour into crust and bake. And surprisingly, the tofu seems to have firmed up quite well even without any corn flour or other thickeners. The true test will be today when I take the sides off the pan and try to slice it, so stay tuned for an update. 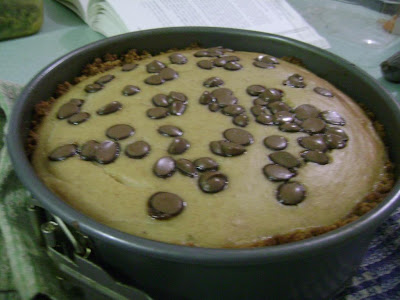 With all of that, I still have about 10 bananas left at home. With a vegan picnic potluck coming up on Sunday, I'm thinking I have to bring something banana-y. I was thinking about Banana Split Pudding Brownies from Vegan with a Vengeance but am open to other suggestions, so if you know of any great uses for bananas please let me know.
Email ThisBlogThis!Share to TwitterShare to FacebookShare to Pinterest
Posted by Theresa at 07:44

I am jealous of your banana haul!

We are having a bit of a banana fest at our place, as M has discovered banana/maple syrop toast and wants lots every morning. However, i am paying full Brisbane shop prices for them.

Your empanadas look great. I am very interested to hear how the banana peanut butter pie goes.

I could live on bananas alone! How lucky you are to have such an abundance. All your foods look scrumptious.

Glad to see the bananas are getting well used. We have since had another stalk ripen, we are talking 10-15 hands per stalk, and there are a good dozen bananas per hand. I confess I left some in the garden as an offering to the possums.

Will post some recipes on my site, I have baked and frozen and smoothied and....

That's a lot of bananas! And what a fine post! I'm gonna go for that smoothie right now!

Glad to see Im not the only one swimming in bananas... i froze a bunch as well for later use. Love frozen bananas in smoothies! And yet, I can only eat so many bananas at a time..

Why is it that when 1 bunch is ripe... all the others ripen quicker?