Hey, so remember how last year I submitted my PhD thesis?  Well, after 6 months of examination, then a few corrections, I made it through!  My thesis was officially passed at the end of February, about 2 days before the deadline to attend the graduation ceremony.  That ceremony finally happened, on Friday.  And I officially became Dr Theresa, PhD.

JCU's academic dress is a bit ridiculous - blue and red wizard robes, a blue velvet bonnet, and a wand (just kidding - I felt like I needed one, but no wand was provided). 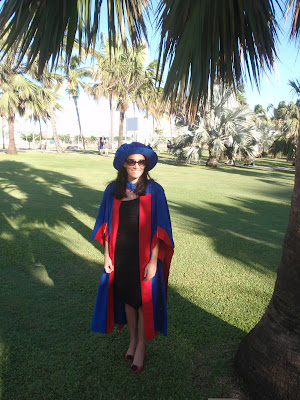 I opted for plain black underneath, but splashed out and bought myself a pair of red Melissa shoes to go with my silly outfit. 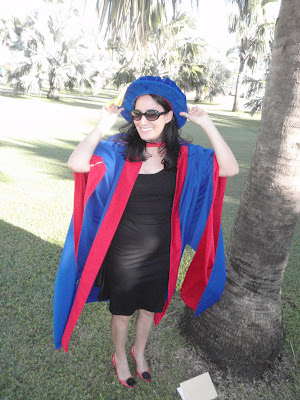 After getting dressed and taking photos, I was led into the ceremony - the doctoral grads sit at the front of the room, off the side of the academic staff. 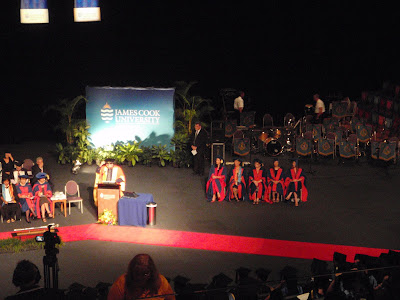 After all the undergrads and masters students were presented with their diplomas, they called out our names, announced our department and our supervisors - who stood up, and we 'doffed' out hats at one another.  Then I walked forward a bit, and as a guy put my hood on me, another guy read a short summary of my thesis.  Then it was on to shake hands with the Chancellor of the uni, have a little chat, and get my diploma.  Andy sat as far back as he could, so I don't have any good photos of this, but it was pretty exciting (for me).  A really important ritual - and when I was announced to the crowd as 'Dr Theresa' I really felt like I had completed my Phd. 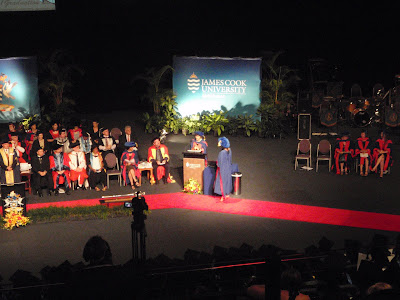 So anyways.  The next day, I joined with a few other postgrads to celebrate the graduation - not just for me, but for another friend who completed her Masters degree.  We spent Saturday afternoon drinking beers, experiencing an earthquake, and eating too much sugar.  My contribution took the form of: 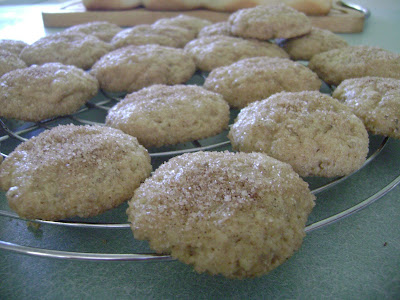 Gingered chocolate chip cookies, from Vegan Bake Sale.  These were a crowd favourite. 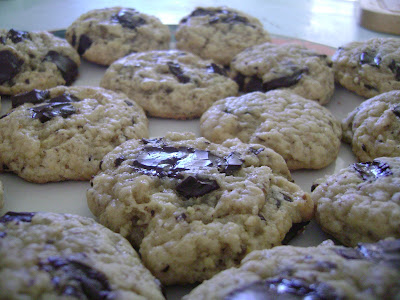 Caramel apple upside down cake.  So sweet - a good cake to share, so you don't get a sugar coma from eating too much. 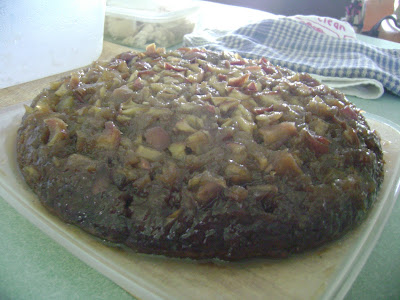 And a non-sweet, sundried tomato and cannellini bean dip. 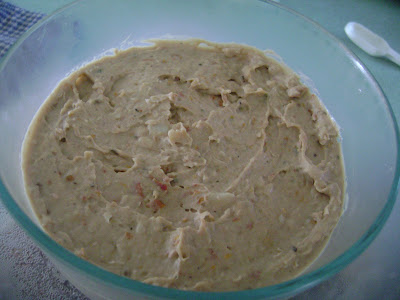 All up, it was a great weekend.  (And p.s. - the earthquake was no big deal.  There was no damage anywhere.  Me and two others at the party felt it, while no one else noticed.  Those that did notice joked that it was an earthquake but thought it was my friend's kid jumping around on her wood floors.)
Email ThisBlogThis!Share to TwitterShare to FacebookShare to Pinterest
Posted by Theresa at 18:25

yay! Congratulations on finishing. Even though you really finished so long ago, I know it's not *really real* until you walk across that stage! And I love your robe -- mine is just plain black. I wish it were more fancy :)

Congrats, Dr T, and what a perfectly yummy, low-key way to mark the occasion!

I am glad to hear that you were OK in the earthquake. What's going on in QLD at the moment? Crazy times!

Your food all looks amazing.

I've never left a comment although I've been following/loving your blog for years. But I had to pop in and say Congratulations on earning your PhD! What an achievement!

congrats!
one of the many reasons I love to read your blog is that I lived up there for so many years.. and it's a little slice of home.
I know 2 people that graduated that night, and my own son will graduate there in 3 years time.
Small world indeed :)
Oh, and my son thought that the quake was the wahing machine, teehee!
we had a lot of earth tremors in Melbourne in the 80s, and Newcastle NSW was devastated by a quake in the late 80s.. people up there seem to think seismic activity is new in Aus and a harbinger of doom, but in reality it does happen from time to time.
Did you know there was one a bit further north a couple of month ago?

Btw we don't know each other, I discover your website a few years ago (can't remember how) but still i just love it!!! Each time I have a low motivation to stay vegan I just come here and it peps me up!! So just wanna say that, and congrats again from Québec!! :)
Karine

Congratulations!!! And I love the outfit! Those robes are classic...