As I’ve said, I’m trying not to be a lazy cook when Andy’s out of town. A really good way to make sure I’m not? Commit to trying several new recipes a week from an upcoming cookbook. As Urban Vegan has revealed, she is writing a cookbook and I’ve been lucky enough to be chosen as a tester. Urban Vegan is one of the oldest and most regular readers of my blog (she and bazu were my first readers!) and I’ve been following her blog for more than two years now (maybe three?) so I’m honoured to take part in the testing phase of her cookbook. And they are all so good! Have a look at some of the recipes I’ve been able to test...

Spaghetti con Salsa Fresca, which is really simple—one of those meals in which the whole is greater than the sum of its parts. 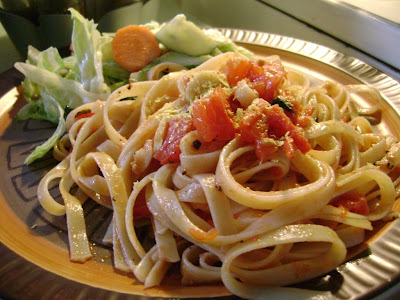 Focaccia, which I made in four variations—plain, rosemary, olive and roasted tomato. 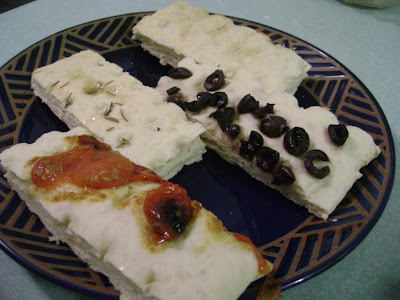 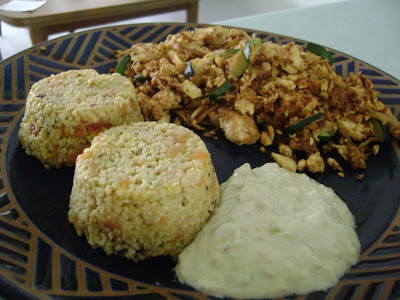 Deconstructed Monkey Bread, which is a very sweet treat, and super quick to put together. 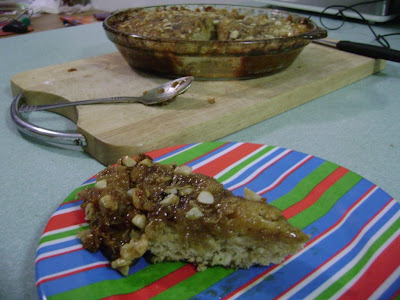 And finally, Cameroon Mafe, with chunks of veggies and tvp in a velvety smooth peanut sauce. 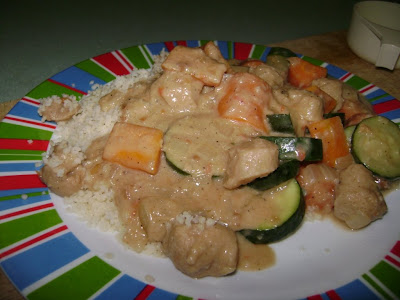 I’ve been trying lots of new foods and I have lots more recipes bookmarked to try in the coming weeks. Check out the Flickr group for more photos from testers.

Email ThisBlogThis!Share to TwitterShare to FacebookShare to Pinterest
Posted by Theresa at 09:55

you've been doing a lot of cooking! everything looks amazing!

I was eyeing the monkey bread recipe and I see now that 2 people have made it already! Ahhh! I've picked out some other recipes I want to try and hope I can get to them before UV closes them. How was the Cameroon Mafe? I was thinking of making that too.
I see below that you're doing the pay it forward. I'm also playing along with vegan noodle. I just have to get some spare time to blog about it.
See you over at Flickr!

Hi Carrie! The Cameroon Mafe was really yummy. UV suggests serving with harissa, which I didn't have, so I thought it could use some spice. But it was very flavourful! Highly recommend.

all the food seems so good! Ive always wanted to make focaccia...

Mmmmm....I can almost smell the deliciousness!

I've always wanted to try my hand at timbales! They look so cute!

BTW, I just passed the Butterfly Blog award on to you ... details on my blog.

Those meals look wonderful, I can see why you were chosen as a tester.

I think we can say that you haven't been a lazy cook at all! I love the timbales, now that I'm on a millet trip ;-)

What a delicious looking set of photos! The timbales and chicken style seitan are definitely on my to-do list. The Cameroon mafe is intriguing too - I am never disappointed by peanut sauce.

the little one said...

Damn! You're a cooking maniac!